Or is it ‘do nothing for good’? 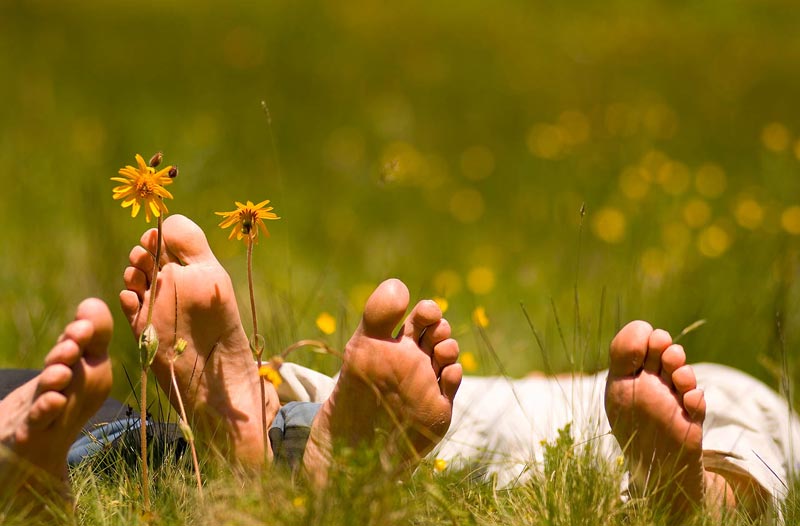 We live in a time where if you’re not always staying busy, being ‘productive’ and moving forward with your activities, tasks and goals, you are considered a ‘slacker’ (or worse, you think of yourself in that negative way) – never stop ‘getting things done’ is considered a badge of honor, the stepping stone to success.

“For many Americans, life has become all competition all the time,” says New York Times author Anne-Marie Slaughter [A Toxic Work World]. “Workers across the socioeconomic spectrum … have stories about toiling 12- to 16-hour days (often without overtime pay) and experiencing anxiety attacks and exhaustion. Public health experts have begun talking about stress as an epidemic.”

That’s not to say that avoiding procrastination, or being responsible isn’t worthy of your efforts; it’s just that we seem to have lost the concept of rest, relaxation, leisure, and … doing absolutely nothing while simultaneously embracing a workaholic culture. And we’re paying a cost for it.

‘The most effective executives are those who can both act and reflect, which means unplugging themselves from the compulsion to keep busy.’ [article link]

There seems to be a line of thinking that ‘If I’m busy, I’m important’ or ‘I’m so busy because I’m accomplishing so much’. . … and keeping up with Instagram, Facebook, blogs and the news sites we may choose to follow. … and the insidious and pervasive invasion of social media where we are compelled to publicize and draw attention to ourselves and our accomplishments (or simply our lives – travels, anniversaries, pride in our children’s’ milestones, etc.), the need to be busy and stay busy is for many people, both the new normal and a status symbol of sorts. And ironically, or of course, the busier we are, the less productive, creative, and healthy we become.

“The productivity, creativity, bringing new ideas forward isn’t the person who’s working crazy hours,” says Katie Denis, VP and lead researcher at Project: Time Off “It’s someone who’s getting outside of their day-to-day.”

And let’s not forget about those incessant notifications coming in on our phones – in this era of having to check emails at night and on the weekends, we’re seeing the consequences of a no boundaries work life that allows for little-to-no downtime. It’s called workplace burn-out.

Burn-out is now officially a legitimate syndrome (but not a ‘condition’ – whatever that means). In May 2019 the World Health Organization recognized workplace burn-out as a serious health issue. Burn-out syndrome is characterized by the following:

Burn-out changes the brain
Some research has shown that the profound emotional exhaustion and negativity brought on by burn-out can actually change a worker’s brain, making it harder for them to deal with stress in the future. Neuroimaging studies have even found similarities between the brains of those who suffer from early-life trauma and those who deal with clinical burn-out in adulthood.

‘There’s a way out of that [burn-out] madness, and it’s not more mindfulness, exercise or a healthy diet (though these things are all still important). What we’re talking about is … doing nothing.’ [NY Times article]

Adding to this unfortunate scenario is the fact that many Americans – 50% by this study – are reluctant to even take their hard-earned vacation days, forfeiting over $60 billion in benefits in 2017, which in essence is making that part of your work ‘voluntary’ – a donation to your employer [source]. And needless to say, research finds that we experience better mental and physical health – less stress, lower incidence of heart attack – when we regularly take vacations. 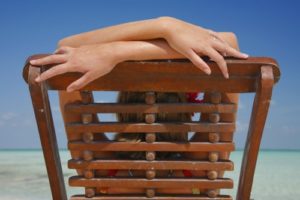 The time is now … to do nothing.

But like the ‘Slow Food’ movement – where we’re encouraged to enjoy meals as they are meant to be – a time for social interaction, enjoyment, and relaxation (versus wolfing down your food at your desk, or worse, while driving), there is a reawakening toward the value of … nothing. Doing nothing. Rather than feeling irresponsible (and creating bad health) for not grinding it out day and night over a 60 hour work week, we are now becoming aware and engaging in the art of doing nothing.

Downtime is healthy, helping imagination and creativity, and reducing stress and anxiety

‘In our present networked society, introspection and reflection have become lost arts. Instead, we are at risk of becoming victims of informational overload. The balance between activity and inactivity has become seriously out of sync. However, doing nothing is a great way to induce states of mind that nurture our imagination. Slacking off may be the best thing we can do for our mental health. Seemingly inactive states of mind can be an incubation period for future bursts of creativity.’  – Manfred F. R. Kets de Vries, Distinguished Professor of Leadership Development and Organizational Change at INSEAD and author of Doing Nothing and Nothing to Do:The Hidden Value of Empty Time and Boredom.

The concept of not being obsessive about being active and possibly even … doing nothing exists in various forms in many countries:

Important distinction: Boredom should not be confused with ‘doing nothing’. Boredom is considered or defined when we have an unpleasant association or dissatisfaction with whatever activity we’re currently doing, and that ‘… it takes conscious effort to maintain or return attention to that activity’. But, paradoxically, boredom, which is nearly always has a negative connotation, has been found at minimum to stimulate or boost creativity; so maybe boredom can be considered a healthy cousin to doing nothing.