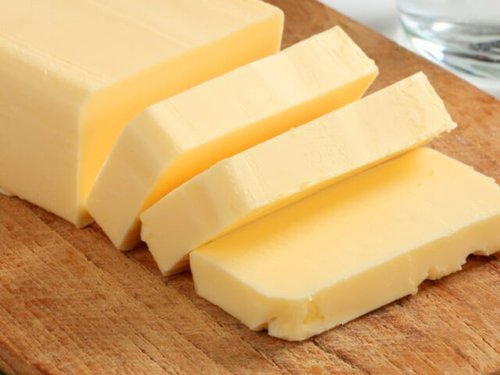 Many people recognize that saturated fats are needed for energy, hormone production, cellular membranes and for organ padding. You may be surprised to learn that certain saturated fatty acids are also needed for important signaling and stabilization processes in the body.

Signaling processes work in the cells at the level of the membrane proteins, many of which are called G-protein receptors. The G-protein receptors become stimulated by different molecules and can be turned off or on in a manner similar to a binary light switch, which remains on for a limited time and then flips itself off until it is stimulated again.

The saturated fatty acids that play important roles in these processes are the 16-carbon palmitic acid, the 14-carbon myristic acid and the 12-carbon lauric acid. These saturated fatty acids are found in certain food fats. Palmitic acid, for example, comprises 45 percent of palm oil and about 25 percent of animal and dairy fats. Furthermore, the body makes palmitic acid out of excess carbohydrates and excess protein.

A biochemical process called palmitoylation, in which the body uses palmitic acid in stabilization processes, although not very well known, is very important to our health.

When these important saturated fatty acids are not readily available, certain growth factors in the cells and organs will not be properly aligned. This is because the various receptors, such as G-protein receptors, need to be coupled with lipids in order to provide localization of function.

The messages that are sent from the outside of the cell to the inner part of the cell control many functions including those activated by, for example, adrenaline in the primitive mammalian fight/flight reactions. When the adrenal gland produces adrenaline and the adrenaline (beta-adrenergic) receptor communicates with the G-protein and its signal cascade, the parts of the body are alerted to the need for action; the heart beats faster, the blood flow to the gut decreases while the blood flow to the muscles increases and the production of glucose is stimulated.

The G-proteins come in different forms; the alpha subunit is covalently linked to myristic acid and the function of this subunit is important for turning on and off the binding to an enzyme called adenylate cyclase and thus the amplification of important hormone signals.

When researchers looked at the fatty acid composition of the phospholipids in the T-cells (white blood cells), from both young and old donors, they found that a loss of saturated fatty acids in the lymphocytes was responsible for age-related declines in white blood cell function. They found that they could correct cellular deficiencies in palmitic acid and myristic acid by adding these saturated fatty acids.

Most Westerners consume very little myristic acid because it is provided by coconut oil and dairy fats, both of which we are told to avoid. But myristic acid is a very important fatty acid, which the body uses to stabilize many different proteins, including proteins used in the immune system and to fight tumors. This function is called myristoylation; it occurs when myristic acid is attached to the protein in a specific position where it functions usefully. For example, the body has the ability to suppress production of tumors from lung cancer cells if a certain genetically determined suppressor gene is available. This gene is called fus1 and is a protein that has been modified with covalent addition of the saturated fatty acid myristic acid. Thus, the loss of myristic acid from the diet can have unfortunate consequences, including cancer and immune system dysfunction.

Lauric acid has several functions. It is an antimicrobial fatty acid on its own and as a monoglyceride. It also has the function of stabilization when it is attached to certain proteins in a similar fashion to myristic acid and palmitic acid.

How much total saturated do we need? During the 1970s, researchers from Canada found that animals fed rapeseed oil and canola oil developed heart lesions. This problem was corrected when they added saturated fat to the animals diets. On the basis of this and other research, they ultimately determined that the diet should contain at least 25 percent of fat as saturated fat. Among the food fats that they tested, the one found to have the best proportion of saturated fat was lard, the very fat we are told to avoid under all circumstances!

These are some of the complex but vital reasons we need to include palm oil, coconut oil, butter and lard in our diets.

This article appeared in Wise Traditions in Food, Farming and the Healing Arts, the quarterly magazine of the Weston A. Price Foundation, Spring 2004.