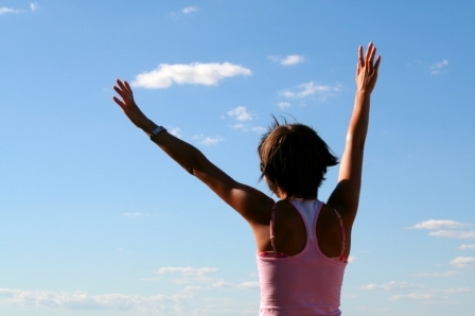 Many people think of health as the absence of disease –  the absence of pain, illness, or an active diagnosis such as diabetes, high blood pressure, or cancer.

In truth, it’s the opposite: disease is the absence of health. If a person is overweight – the hallmark of nearly all disease, by the way – they’re lacking health, they’re ‘deficient’ in  healthy lifestyle behaviors (the way they eat, move and think).

If someone gets diagnosed with cancer, the medical or allopathic model is to ‘fight’ the disease, ‘kill’ the cancer. Sounds good, right? But what caused the cancer? What made those particular cells in the body become cancerous? Doesn’t it make sense to also engage in strategies to become healthier? Or even better, employ those strategies to prevent a disease?

Human physiology doesn’t make mistakes – when there is high blood pressure, high blood sugar, obesity, heart attack, autoimmune disease, cancer – whatever – there’s a reason for it, it’s not a mistake, the body isn’t making an error. The body is merely adapting to its environment; your body’s environment is determined by your lifestyle choices.

The reason for a condition – a ‘dis-ease’ – is a lack of health: an overwhelming influence from behaviors (stress, lack of sleep, sedentary lifestyle), and/or environmental input (poor diet, toxicity) that are in-congruent with human physiology, thereby causing cell function to deteriorate along with ‘health’. And sometimes, for example with high blood pressure in an elderly person, it’s actually a healthy response, an appropriate response and is not a pathology. Another example is a fever – it is not a sign that you’re ‘sick’; it’s a sign that your body is engaging in a healthy, appropriate response to a pathogen (bacteria or virus). Taking Tylenol to quell a fever is counterproductive to your body’s immune response.

Addition First-Sickness as the Absence of Health from Bonfire Health on Vimeo.

How do we define health?

The human body has 100 trillion cells. Each and every one of them has requirements in order to function optimally.

Therefore our bodies have requirements to function optimally, to be healthy.

To be healthy, one must provide the elements necessary for the cells, organs, and organ systems within the body to function optimally.

Science has shown beyond a shadow-of-a-doubt what our cells, our bodies require to function optimally, to be healthy.

Things like sufficient and quality sleep, an abundance of the correct dietary nutrients, water, and regular movement, to name but a few.

At Bonfire, three doctors with over 60 years combined clinical experience studying, teaching and living what are called ‘evidence-based wellness lifestyle strategies’ have organized this information – these lifestyle habits – into a structured format called The Bonfire Program, a lifestyle transformation program that makes it easy for you to add 39 good habits to your life in 90 days. Our goal is to make it easy for you to get healthier. The program is free (and we keep your email address absolutely private)..

Think of your health as a Bonfire – it needs FUEL, AIR, and SPARK – how you eat, how you move, how you think – if all are sustained in purity and sufficiency over time, you’ll experience health.

And if any is missing or lacking, your health will suffer.

Science has shown what is required to be healthy. The doctors who founded and created Bonfire have vetted the evidence-based research to show you how to successfully adopt healthier lifestyle habits. It’s called the Bonfire Program.

BONFIRE = the fire of your health

The Bonfire Program will gently and effectively guide you through adopting healthier habits into your lifestyle within the domains of eating (FUEL), moving (AIR) and thinking (SPARK). And this website will allow you to stay current as you navigate through the news that comes at you from all directions, much of it biased or inaccurate.