Your body loves the sun – give it some love.

The sun loves you – love it back. 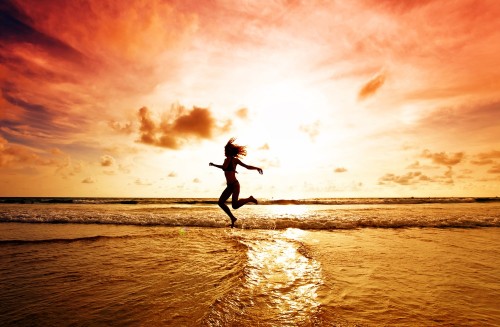 Have you noticed that certain cultures wear long sleeves and wide-brimmed hats … while driving (really, how sunburned can you get while inside a car?). Often times this is not so much to avoid getting sunburned but to avoid any coloration of their skin – in certain cultures it’s considered ‘low class or working class’ or whatever to have any evidence of sun exposure. Also, in a nod to vanity, perhaps an effort to avoid what dermatologists call ‘photo aging’ – premature aging of the skin due to sun exposure.

But when we look at the whole picture of human health, exposure to sunlight is a critical component to being healthy. Too much exposure has inherent risks, but in the absence of excessive time in the sun – to the point of sunburn – regular exposure to sun is vital for health.

‘…although the harms associated with overexposure outweigh the benefits, the beneficial effects of UVR [ultraviolet radiation] exposure should not be ignored …’ The operative word here being ‘overexposure’ – get in the sun regularly, but don’t get sunburned [article link]

‘… studies that have shown a wide range health benefits from sun/UV exposure. These benefits include among others various types of cancer, cardiovascular disease, Alzheimer disease/dementia, myopia and macular degeneration, diabetes and multiple sclerosis. The message of sun avoidance must be changed to acceptance of non-burning sun exposure.’ [article link]

The body manufactures Vitamin D when the skin gets exposed to sunshine. It’s now known how important this chemical reaction is for our health. Vitamin D has long been known as an essential nutrient, mainly for its critical role in calcium and phosphate homeostasis. Now more recently, vitamin D is being shown to be a significant hormone involved in many endocrine functions including the induction of cell differentiation, inhibition of cell growth, immunomodulation, and finally, regulation of other hormonal systems [read here for more about how Vitamin D is so much more than a ‘vitamin’].

Sunbathers live longer
‘… those who spent more time in the sun actually lived longer and had less heart disease and fewer non-cancer deaths than those who reported less sun exposure.’

‘… authors of this study speculate that recommendations to limit sun exposure might actually do more harm than good; in fact, they suggest that avoiding the sun could have a negative health impact similar in magnitude to smoking.’

Now that last statement should get your attention

And diseases caused by a deficiency of Vitamin D include ‘…various types of cancer, bone diseases, autoimmune diseases, hypertension and cardiovascular disease has now been clearly indicated in a large number of epidemiologic and laboratory studies.’ [article link]

Our Ancestors
Let’s start by looking back – remember, success leaves clues. For eons of time, humans did not have sunscreen and they worked outdoors – all of which had a (mostly) positive impact on their health and well being. Why is that?

From Nina Jablonski, professor of anthropology at Pennsylvania State University and author of Living Color: The Biological and Social Meaning of Skin Color: “We evolved under the sun,” she says. “Our pattern of lack of sun exposure as a result of being indoors—even the concept of being indoors—is a recent concept in our history.”

We’ve gone from worshiping the sun to dreading it – and we’re paying a price for that.

‘Research shows that many people have low vitamin D levels. There is a well-documented relationship between low vitamin D levels and poor bone health. Now links have been made to everything from multiple sclerosis to prostate cancer. “Linking” low vitamin D with these diseases doesn’t prove cause-and-effect, but it suggests that possibility. [article link]

Sunburns cause problems. No one questions the accepted science that exposure to ultraviolet rays from the sun are the biggest factor for causing (non-melanoma) skin cancer.

Ultraviolet (UV) rays are an invisible form of radiation. They can pass through your skin and damage your skin cells. Sunburns are a sign of skin damage. Suntans aren’t healthy, either. They appear after the sun’s rays have already killed some cells and damaged others. UV rays can cause skin damage during any season or at any temperature. They can also cause eye problems, wrinkles, skin spots, and skin cancer. [Source: U.S. National Library of Medicine]

The best way to protect skin health and prevent skin cancer is to limit sun exposure. Avoid prolonged time in the sun, and choose to be in the shade rather than in direct sunlight. [article link]

At the same time though there is recognizing the importance of Vitamin D manufacture by the body that virtually only occurs through sun exposure on the skin – this is equally proven by science. So let’s not confuse healthy exposure to excessive exposure.

People regularly exposed to daily sun have a lower risk of getting melanoma and also have a higher survival rate if they do. [article link]

Then of course is the situation surrounding what’s called seasonal affective disorder or ‘winter blues’- a mood disorder where people experience depression or low moods in places like Seattle that sees very little sun for much of the year (combined now in modern times with always working indoors). ‘Research suggests that light hitting your skin, not just your eyes, helps reverse seasonal affective disorder (SAD).’

Serotonin, depression and the sun: Serotonin is a hormone produced by your brain – it helps with improved moods, to stave off depression (even decrease suicidal thoughts).

‘…one contributory facet may be the role of sunshine on human skin. Human skin has an inherent serotonergic system that appears capable of generating serotonin.’ [article link]

This is easily (and anecdotally) confirmed with the fantastic moods that tropical vacations bring about, which not only includes being outdoors enjoying activities but the undeniable effects of ‘getting some sun’.

One doctor calls certain people ‘solar-phobes’ – people so concerned with avoiding the possibility of getting skin cancer that they shun the sun by staying inside or ‘… cover up like they were going out into the Arabian Desert’.

Many baby boomers who went through childhood without sunscreens – they will tell you about peeling sheets of skin following an early summer sunburn – which put themselves at risk for skin cancer later in life (due to overexposure and burning – that’s the important distinction).

For Gen-Xers, Millennials and whatever comes after, there’s a heightened awareness around avoiding getting sunburned – a good thing; but by never being without sunscreen to completely block all sun exposure on the skin comes with consequences.

Nitric Oxide:  Nitric oxide is a chemical that the body produces and uses to expand the blood vessels – thus lowering blood pressure, increasing blood flow and decreasing plaque growth and blood clotting. New studies are suggesting that regular exposure to the sun facilitates the body’s production and supply of this important compound.