The Shrinking Brain – size does matter 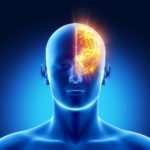 The Alzheimer’s disease epidemic continues to expand – some describe it as a ‘health meteor’ that’s going to strike the elderly populations in modern countries around 2025.

The good news is that great information is surfacing about how to avoid Alzheimer’s disease.

Did you know that many scientists, doctors, researchers now refer to Alzheimer’s disease as ‘Type 3 Diabetes’? Let that percolate through your brain for a moment. High insulin levels, the physiological equivalent of terrorism, promotes neurodegeneration leading to Alzeimer’s. So, avoiding sugar and foods that act like sugar – bread, cereal, pasta, pizza, crackers – must be part of your diet style, your health regimen.

Last, because the brain is 60% fat, the synapses within the brain (the connections between neurons) are 80% fat, it critical that your fatty acid intake and omega-6 to omega-3 ratios are in line with being healthy. For more on this, read Why Omega-3.