Bonfire is proud to announce the establishment of the American Immune Society (AIS).

I wish we weren’t.

With all the various organizations dedicated to finding a ‘cure’ for various diseases and conditions, it seems that we’re missing something profound – that the strength, the health of our immune system should be the first priority. Being healthy, which means having a healthy, fully-functioning immune system is the foundation for avoiding many diseases, many of which have a formal ‘association’ tied to it.

We have the American Heart Association, the American Cancer Society, both behemoths within the medical missions and ‘charity’ worlds.

Let’s focus for the moment on cancer – as it strikes fear into nearly every person, and is now the second leading cause of death globally. Partly because it appears to develop randomly (not true), or be genetic (learn about epigeneitcs here), and unlike say, acute heart attack or stroke care and recovery, medical science hasn’t made significant progress in their efforts to ‘conquer’ or cure cancer,

‘There will be 18.1 million new cases [incidence rate] of cancer and 9.6 million people will die [mortality rate] with the disease this year worldwide, a report predicts.’ This is an increase from 2012 when there was 14.1 million cases and 8.2 million deaths. [source]

Today, much is made about the (a) increase in cancer survival rates; and (b) its corollary, a decrease in mortality rates, which is a secondary result of earlier detection: people live longer when their cancer diagnosis occurs earlier. For example, 5 year survival rates are rising (i.e. improved) – most research points to earlier detection as the cause of that increase in the survival of cancer patients; second would be improved treatment methods.

We have to pause here for a moment and discuss prevalence and incidence and the difference between these two epidemiological terms that are commonly used (epidemiology is the study of how often diseases occur in different groups of people and why. Data from epidemiological studies are then utilized to develop and implement public and private health policy and strategies to potentially prevent disease as well as provide guidance for the treatment of people who already have a a disease or condition. [for a good explanation, go here]

Incidence is the number or rate of new cases over a period of time, such as a year. Incidence is given more meaning when reported as a percentage – for example, the number per 100,000 people in the population.

Prevalence is number of people currently with a condition/disease, usually reported over time period (i.e. year), or at point in time (i.e. specific date). Or in other words, the number of active or existing cases. For example, relating to what was mentioned above regarding increased survival rates – that will thereby increase the prevalence of cancer – because of earlier diagnosis and treatment, more people are living longer with cancer – more existing cases – so the prevalence increases. 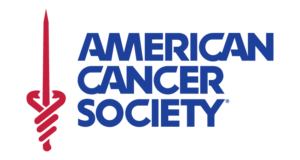 The American Cancer Society (ACS) has their stated objectives and allocation of resources directed toward ‘… cancer research, patient support, prevention information and education, and detection and treatment leading to a world without cancer’. One aspect that must be kept in the forefront of discussing the ACS is that it’s a medical-based organization, meaning that it has a medical paradigm as its underpinning which guides and determines its mission focus and allocation of resources. And because the practice of medicine and its foundational construct is the ‘diagnosis and treatment of disease’, the concept of prevention is not foremost for medicine in general or the ACS’s mission in particular.

Although the scientific research is making a compelling case for lifestyle habits leading to prevention as the avenue for success in the ‘war on cancer’, the vast majority of time, money, research is still devoted to (a) early diagnosis; and (b) treatment (which, being tied mainly to pharmacological solutions (i.e. chemotherapy), is another topic altogether from both a clinical and business-marketing-profit-driven-ulterior-motive-agenda perspective susceptible to fraud and corruption).[“…the mix of science and commerce continues to erode the ethical standards of research and diminish public confidence in its results.” [Krimsky S. Science in the private interest: has the lure of profits corrupted biomedical research? Oxford: Rowman & Littlefield Publishers, Inc; 2003, p4.]

The ACS’s focus is on the promotion of early diagnosis which of course leads to earlier treatment, which leads to ‘longer’ or improved survival rates, but not decreased incidence rates – see discussion below on incidence and prevalence. (And of course, the other focus of the ACS is fundraising to enable the organization to stay active.) To give credit where credit is due, prevention is now starting to gets some ‘air time’ within the ACS; however it’s still not their primary focus – see the screen grab of their homepage – promoting the controversial HPV vaccine as the ‘front and center’ piece of messaging and information on their website.

So for us here right now, the real question we should be asking is related to the incidence rates for cancer: Since U.S. President Richard Nixon declared the ‘War on Cancer’ in 1971, are the numbers of people who are ‘getting’ cancer decreasing or increasing? We should know whether the money donated and spent over the past 47+ years, has the research that’s been dedicated towards decreasing the incidence, been successful? Or are we simply driving down the highway in our fancy new car, but going the wrong direction? The answer: all cancers are increasing.

‘Worldwide, cancer incidence rate has increased to make it the second leading cause of death after cardiovascular disease.’ [article link]

Although we could delve into aspects of the ACS’ various activities and the outcomes achieved, a better use of time and effort, and what might [better] serve humanity and ‘health care’ [more effectively] is to break down this boogey-man we call cancer. Said all that to say this:

The best way to beat cancer is to prevent it. How do you prevent cancer? Glad you asked.

Yes, it’s that simple. Not necessarily easy, given the modern world’s tendency toward a toxic and deficient lifestyle, but definitely simple.

First, don’t be overweight or obese.

Third, or maybe this is actually first: pursue a healthy lifestyle [you can start here]

‘…one third of deaths from cancer are due to the 5 leading behavioral and dietary risks: high body mass index, low fruit and vegetable intake, lack of physical activity, tobacco use, and alcohol use.’ [source]

Read that again: ‘…due to the 5 leading behavior and dietary risks’

In other words, don’t be abnormal – your cells, that is: Cancers are defined by the National Cancer Institute (NCI) as a collection of diseases in which abnormal cells can divide and spread to nearby tissue. [source]

Master what’s necessary to create optimal health within the three domains of health: FUEL, AIR, and SPARK – nutrition, exercise and stress/life management (that’s why we created Bonfire in the first place).

Last, please don’t skim past the fact that pervasive chronic stress has insidiously taken hold in modern life and the consequence that stress is actively undermining your health in general and your immune function in particular.

‘We have also shown that stress, through the action of these stress hormones, has detrimental effects on immune function, including reduced NK cell activity, lymphocyte populations, lymphocyte proliferation, antibody production and reactivation of latent viral infections. Such effects on the immune system have severe consequences on health which include, but are not limited to, delayed wound healing … and development and progression of cancer. These data provide scientific evidence of the effects of stress on immune function and implications for health.’ [article link]