Two icons of longevity. They both epitomize passion, dedication, and a body of work throughout their careers that commands respect and honor; their energy speaks for itself and clearly illustrates their commitment to health and longevity. In an era where if/when people reach age 70, they’re considered to have successfully made it to “old age”, there are the bright spots – these two mentors have redefined the ‘norm’ for aging and the adage live long and live well. 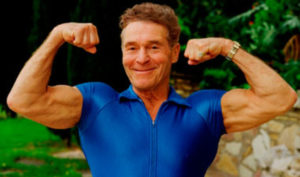 The first was Jack Lalanne, an American icon of health and longevity who had a great run, passing away at age 96. A man who exemplified both health and fitness (they’re not always synonymous), Lalanne walked his talk – he ate for health, he exercised every day for health, he embodied health and by doing so, gave hope and encouragement to many, many people over five decades as the original ‘man of health’. His motto was ‘healthy people helping themselves’, and every fitness ‘guru’ today can point to Jack Lalanne as the one who paved the way for them – he was the first at many things: he opened the first health club, and he had the first and longest running exercise show on TV (which ran from 1951 to 1984). No mention of Jack Lalanne would be complete without cataloging some of his incredible demonstrations of health, fitness and athleticism: he set the World Record by doing 1032 push up in 23 minutes (he was the first to do ‘finger tip’ push ups), and at age 70 he towed 70 boats with 70 people a mile and a half while handcuffed and shackled. The ‘jumping jack’ was named after him. The world is a better and healthier place because of you Jack – God bless you Jack and may you rest in peace. 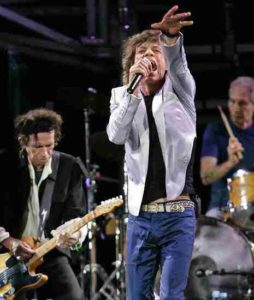 The other icon of longevity is my favorite performer who continues to defy not only the ageing process, but what it means to be an ‘ageing rock and roll star’ for baby boomers around the world. Some years back, Mick Jagger gave his first ever performance at a Grammy Awards ceremony. After incredibly creative, technical and strong musical performances during the show by upcoming contemporary stars such as Lady Gaga, Eminem, Justin Bieber, and Christina Aguilera, Jagger stole the show. Within seconds of opening his tribute song to the late bluesman Solomon Burke, without technology or a troop of costumed and choreographed dancers behind him, Jagger’s charismatic and energetic performance filled the Staples center in Los Angeles, bringing the audience to their feet as though they’d been at a Rolling Stones’ concert for the past hour. Later the online comments were sprinkled with questions as to Mick’s age – the quintessential front man for the Rolling Stones was 67 at the time.

Makes you rethink what your health should/will be at that age. Check out the video of that performance – it’s classic Jagger – energetic, committed, in command.  – Dr. Paul

Grammy Awards 2011 Live Performance By Mick Jagger Everybody Needs Somebody to Love [HD] from Scott Mayo on Vimeo.