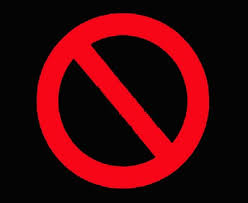 After the Jesuits’ introduction of sugar in 1751, sugar became less expensive to produce (thanks in large part to slavery), and sugar consumption has risen steadily ever since.

Per person, per year:

Sugar is contained in many, many foods – even foods such as ketchup and salad dressings – go figure. Sugar wreaks havoc with many of the body’s physiologic systems and plays a central role in the current heart disease, cancer, diabetes, and obesity epidemics. The culprit: plain old sugar, and its thinly disguised evil cousin, high fructose corn syrup.  Yes, they will kill you. Maybe not overnight, but over time, sugar and corn syrup-derived sweeteners will erode your health, leading to many fatal diseases. Sugar is a super-concentrated, unnatural food – the fact that it comes from something natural doesn’t make it natural to the body (gasoline comes from something very natural – oil – and is therefore essentially a natural product, but you wouldn’t want to eat it). In the past 75 years, our modern industrial culture has seen a unique convergence of many negative lifestyle factors that have lead to a dramatic increase in ‘lifestyle behavior diseases’ which include heart disease, diabetes, hypertension, obesity, senile dementia, and cancer (yes, cancer is a lifestyle disease, not a genetic one as is commonly believed). This “Perfect Storm” of disease-producing lifestyle behavior choices includes the following:

When found in nature as fruit (think strawberries, bananas, etc.), sugar is in the form of a complex carbohydrate bound to fiber, which functions to slow down or inhibit the breakdown and absorption of the sugars into the blood stream, creating a gradual flow of sugar (glucose) into the blood stream. Refined sugars (simple carbohydrates), such as sugar (versus sugar cane) or apple juice (versus an apple), have been stripped of their natural fibers, allowing for rapid digestion into the blood stream, which causes blood glucose levels to spike. This results in over-secretion of insulin, the carrier hormone that transports glucose from the blood to the cells and tissues. Normally, insulin secretion is gradual, corresponding to the gradual absorption of sugars found in complex carbohydrates. When eating refined sugar or corn syrup, the sudden demand for insulin becomes acute and insulin is ‘dumped’ into the bloodstream. This acute demand for insulin production and secretion overwhelms the pancreas, the organ that produces and secretes insulin. It gets worse: over time, sustained levels of insulin (from continuing to eat refined carbohydrates such as sugar, corn syrup, and white flour – the diet of Americans) results in insulin resistance, a chronic but deadly condition where the body’s cells don’t respond to insulin in a normal or healthy manner, causing even more insulin to be secreted (think of the pancreas as ‘shouting’), thus aggravating insulin resistance syndrome even further, creating a self-perpetuating cycle which ultimately leads to many disease processes including atherosclerosis (clogging of the arteries), cancer, diabetes, weight gain/obesity, high blood lipids (abnormal LDL:HDL cholesterol levels), and mineral depletion. Now with an unlimited supply and unlimited access to foods containing sugar or corn syrup, as a society, we’re totally hooked – sugar is without a doubt, addictive. To verify this for yourself, try going 2, 3, or 7 days without any refined sugar; one, it’s hard to even find foods that have none; two, if you’re like most people, your body is habituated/addicted to the sweet poison.

Sugar and Cancer What’s more, not only are we more susceptible to getting colds and flu, even our body’s ability to fight cancer is compromised when we eat sugar. [Ely JTA, Krone CA Controlling Hyperglycemia as an Adjunct to Cancer Therapy. Integrative Cancer Therapies 2005; 4(1): 25-31. (view article)]

As an illustration, let’s look at one of the worst sugar foods out there: soda pop. SODA POP – THE ULTIMATE SUGAR DELIVERY SYSTEM As has been mentioned, there are many huge problems affecting our health today:

As a result, the current statistics are staggering: 1 out of every 2 people will die of heart disease; 1 out of every 3 people will die from cancer; 1 out of every 4 people will develop diabetes; 60% of adults and 35% of children are obese (by the way, obesity is the defining risk factor for heart disease, cancer, and diabetes). The most startling aspect of those statistics is that all of those diseases were nonexistent, or very rare occurrences, in earlier times amongst the hunter-gatherer cultures that determined the genetic code that our bodies live by today. In other words, the diseases so common today are best described as lifestyle diseases, or behavior diseases. One of the central players in this cultural health maelstrom (def: a situation marked by confusion, turbulence, strong feelings, violence, or destruction) is our nation’s habit of consuming sweetened beverages that destroy our health – in particular, Americans love soda pop. Soft drink manufacturers make enough soda pop for every person to drink 54 gallons per year. That works out to be 576 12 oz. cans per year, or 1.6 cans per day. It also works out to be over 15 teaspoons of sugar (150 calories) per day. Making matters worse is that soda pop is most often sweetened using high fructose corn syrup or artificial sweeteners, both of which have even greater health risks than sucrose (table sugar).

By the way, eating 50 extra calories per day for five years will cause you to gain 50 pounds. Hopefully you are starting to understand the connection between the consequences of our lifestyle choices and their effect on our health (i.e. the ever-increasing diabetes and obesity epidemics).

Soda pop disrupts the critical pH of the body:

Some people reading this will be thinking ‘Isn’t that a bit extreme? After all, what’s more American than having a soft drink at a picnic or my son’s baseball game?’ (not to mention that soda is usually served with a hot dog or chips that have been deep fried, and a sandwich made with processed flour, and cured meats – boy, we’ve got this disease-food thing down to a science don’t we; unfortunately, an evil science). Or my favorite, ‘I just have one once in a while – if it’s in moderation, it can’t be that bad, can it?’ There are two types of toxicity or poisoning: 1) Acute: resulting in vomiting, fainting, convulsions, death, etc.; 2) Slow or chronic accumulation of toxins, which ultimately break down the body’s physiological function. Soda pop falls into the second category (diet soda is even more toxic than the regular sugar-poison variety). My cynical response to the “everything in moderation” paradigm is to ask ‘Is it okay to do crystal meth or cheat on your spouse, in moderation?’ Should you have any further doubts about the dangers of soda pop, high fructose corn syrup, and their direct correlation to the obesity and diabetes epidemics that are CRUSHING Americans of all ages, I encourage you to watch this video with Dr. Robert Lustig – Sugar: The Bitter Truth:

And last, should you think a safe alternative would be artificial sweeteners such as aspartame or sucralose (Nutrasweet or Splenda, respectively), read: Your Worst Enemy – Artificial Sweeteners